Skip to content Skip to navigation
UNIVERSITY OF CALIFORNIA, MERCED

October 30, 2018 - 2:00pm
Title: Prediction of random and chaotic dynamics in nonlinear optics
Abstract: The control and prediction of interactions between high-power, nonlinear laser beams is a longstanding open problem in optics and mathematics. One of the traditional assumptions in this field has been that these interactions are deterministically modelled by the nonlinear Schrodinger equation (NLS). Lately, however, we have shown that at the presence of input noise, solutions of the NLS lose their initial phase information [1]. Thus, the interactions between beams become stochastic as well. Not all is lost, however. The statistics of many interactions are predictable by a universal model. Following experiments in elliptically-polarized laser beams, we generalized our results to a system of NLS equations and derived a “loss of polarization” result [2].
Computationally, the universal model is efficiently solved using a novel spline-based stochastic computational method. Our algorithm efficiently estimates probability density functions (PDF) of PDEs with random input [3]. This is a new and general problem in numerical uncertainty-quantification (UQ), which leads to surprising results and analysis at the intersection of probability and approximation theory.
Bio: Amir Sagiv is an Israeli applied-mathematics Ph.D. student from Tel Aviv University. Before that, he received his B.Sc. in mathematics and physics from the Hebrew University of Jerusalem. 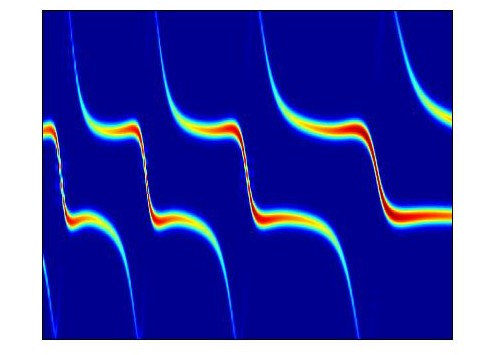